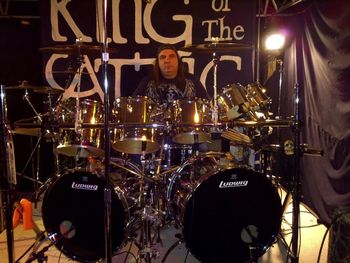 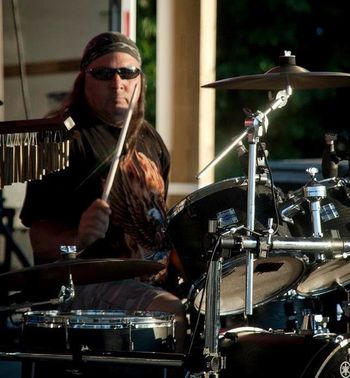 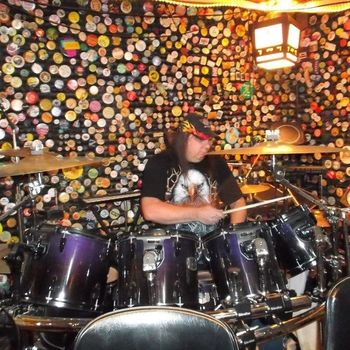 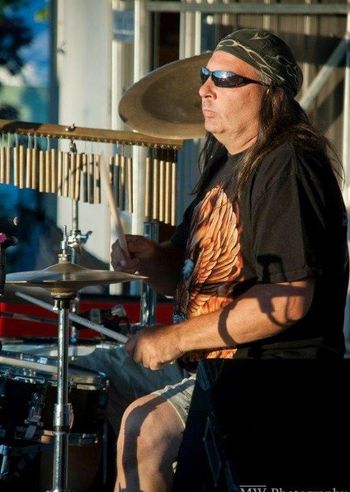 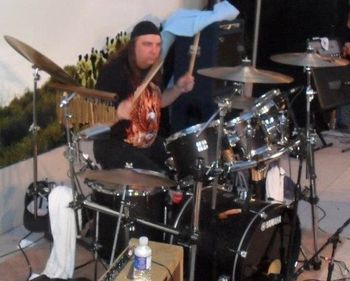 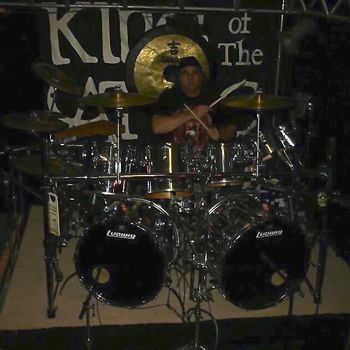 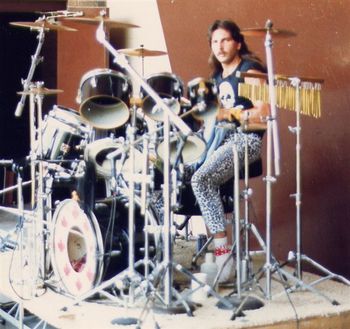 With my deepest sorrow ,I had to say good bye to Garf with his passing earlier this year 2017..  Many years, many gigs, many laughs.. a loyal, loving and well liked guy,, now loved and lost,, see you on the other side my riding, and musical brother.. King of the Attic has had a few turn overs in members and crew and fans over the years,, I know Garf will be pleased we are continuing forward turning another page to our next chapter,, When dear friends are gone we can't replace them we can only replace their non presence with our loving memories and kind deeds ... love and kindness from all King of the Attic past present and future... Chris

Garry Kelba - Drums/Percussion                                 Garry has been playing in bands for over 30 years as a solid, professional drummer. Growing up in a well-known musical family from Port Colborne.  Garry is one of Niagara's premier drummers and a diversity in style that ranges from Country, Blues, Classic Rock to Heavy Metal. Over those years it has been a continued family affair for Garry across generations. He played with his father from the age of 16 for several years then along side his brother Lonnie, and now with his son Trevor in various projects.  He been in such renowned bands as Backstreet, First Offense, Mr. E, and Tongue 'N' Groove, , KGB, Center of Attention , Summerfield . And of course KING of the ATTIC. Garry has been associated with KING of the ATTIC since the late 70;s Playing full time in the mid 80's ,, returning full time since 99,, as a result of his vast experience he brings a driving solid force that pushes King of the Attic to the edge at every show.